Why are linemen so special that they get to have their own type of football cleat? To clarify, every position on the football field could benefit using their position’s own specific cleat, because it’s tailored to the dynamics of the position.

Lineman cleats are bulkier than running back cleats because speed isn’t as significant to playing the line and protection is.  In our review, we’re very confident we can help you find the best cleats for any lineman in any league.

In a nutshell,  though there are lots of other worthy shoes on our list, the best lineman cleats we’ve reviewed this season are:

Engaging with the other team almost every play, the lineman is positioned the closest to their opponent, which means the odds of their lower body (specifically the feet and ankles) are more likely.

Therefore, a cleat that is composed of thick, good quality material, mixed with ankle support is absolutely necessary.

It’s not that linemen are so celebrated that they need their own cleat, (essentially every position has their own type of cleat) they just need something that keeps up with the demands of their position and shows durability in poor weather.

What to Look for in Lineman Cleats?

Linemen in the game of football are historically large (meaning 250 pounds or more) and are demanded to be in a low position to attack their opponent efficiently.

After all, anyone who has played football at any level should know that the lower man always wins. With that being said, the yeti-like lineman needs to bend their knees and ankles; applying a lot of pressure to those areas.

To feel more secure, a lineman needs to look for a heavy cleat that covers their ankles and looks and feels tough. Many linemen also have wider-than-average feet so that also has to be taken into consideration.

Similar to lineman gloves, you need something made with thick material. The leather needs to come off as a shell to your foot.

Think about it, you’re going to be playing head to head with someone for four quarters, and the odds are you are going to do whatever you can to make that big block or tackle, and help your team win right?

Do you think there would be a moment where you were blocking a defensive linemen and the guy next to him steps on your foot?

Maybe you go to recover a fumble and as you’re in the dogpile, other players are trying to get in there and your feet are accidentally (or maybe purposefully, who knows) getting kicked and stepped on by people wearing cleats themselves.

The problem here isn’t as much people stepping on your feet as much as it is you being prepared for it. This game gets very physical and demands a lot of energy from your body and mind.

There will certainly come a time where you will get stepped on, or maybe even twist your ankle in a poor playing field.

The last thing any lineman wants is their 250 plus pound bodyweight to come crashing on their ankle because it will definitely sideline even the toughest of players.

Keep in mind there are two different types of any cleat: detachable and molded. They are exactly what they sound like.

Detachable cleats are hard spikes, generally consisting of metal and/or plastic, that you screw into the bottom of your cleats. These are used for better traction despite any field conditions, but they will brutally hurt someone if you step on them.

Molded cleats, on the other hand, are permanently attached to the cleat, and typically made of rubber. These are usually best for youth level although there are sizes into the adult realm.

Just like a lot of sports equipment, it’s all about your personal preference. 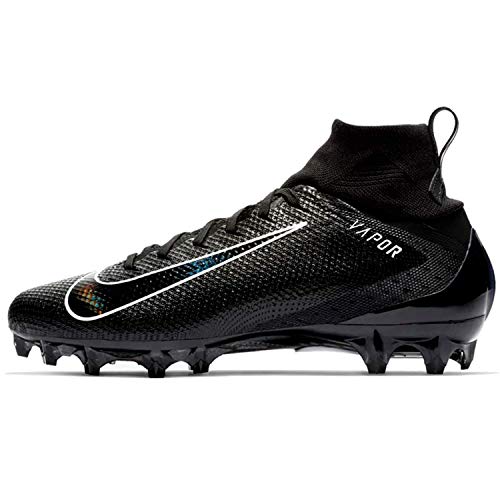 The Nike Vapor Untouchable Pro 3 cleat is a re-vamped shoe from the original Pro.  The circular knit cuff is super flexible and it allows easy pull-on and an unrestricted fit.

The cuff on the Pro 3 turns into a durable upper and has an integrated tongue that helps to limit distractions on the field.  The bottom sole/plate of the Pro 3 is made of a really light carbon fiber weave.  We LOVE anything carbon fiber!

The carbon typically allows a bit of flexibility but really retains its shape at the same time.  The idea is that when you’re pushing off, you’ll get a bit of flex and propulsion after which it returns back to its original shape quickly.

It’s a fast, low-cut cleat but it now has a cuff like a sock that helps give it a locked-in feel.    It’s a tiny bit wider than the original Pro but it’s 1 ounce lighter – bonus!

There are a variety of colors on Amazon so be sure to check those out before making a final decision. 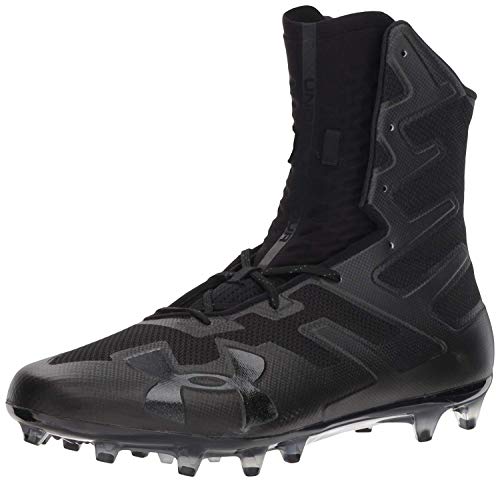 This cleat initially inspired by Carolina Panthers’ Star Quarterback Cam Newton, is “the jack of all trades” when it comes to a lineman.

While it isn’t specifically designed for the lineman position, it is the only non-lineman specific cleat I would consider. This is because of all its physical attributes:

First, this cleat provides the most ankle support out of any cleat on the market, resembling more of a World War II combat boot rather than a football cleat.

Despite your feelings on how the obnoxiously high ankle looks like on this cleat, it shows promise that your ankle won’t get hurt while wearing this product.

Under Armour claims that the UA ClutchFitTM is a “second skin” that molds to while ankle while you move, giving you powerful support.

This “second skin” can also protect your toes and feet from injury; a wise investment for the hogs in the “trenches.” The 4D foam molds your foot for a comfortable fit that feels customized.

The Cam Newton inspired Under Armour Football cleats are the most versatile cleats on the market. Any player on the field can wear this cleat. It will literally serve you well at any position.

While it is not specifically a lineman cleat, the UA Highlight football cleats can definitely be of some use when on the line. 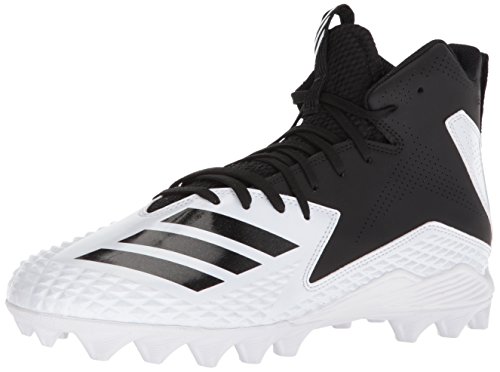 These cleats from Adidas have the most resemblance to a traditional lineman cleat. The Freak cleats are tough, sturdy, and high, made with synthetic leather that provides superior protection and comfort.

The thickly padded tongue and collar give a cushion for the front of your foot just in case you get stepped on or fall. These cleats are similar in structure to the Nike Zoom cleats, as they are high ankle cleats with no additional straps or layering. 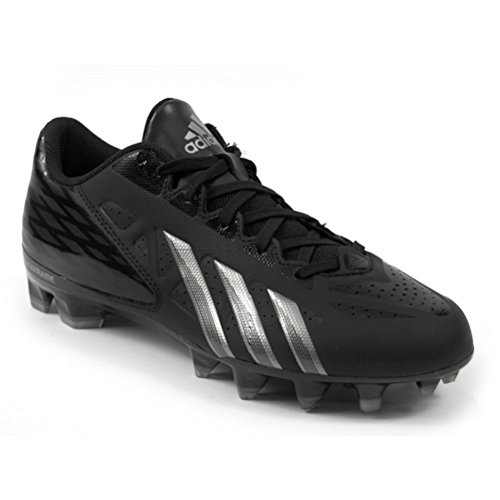 adidas boasts that it should be illegal for cleats to be this fast!  I think that has more to do with the athlete than the shoe, but we’ll go with it for now!

These men’s adidas Filthy Quick Mid football cleats have a super-light upper with a padded collar.

The synthetic leather and sole reassures the player that their cleats will last long. 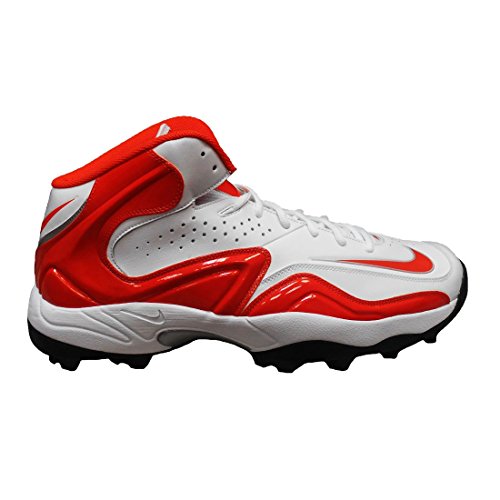 While this cleat also offers ankle support, it is not as high compared to the former cleat, and also doesn’t have a mid-foot strap for extra stability.

This molded cleat consists of shiny plastic and suede-like material, which might not hold up well in rain or snow.

This cleat isn’t necessarily terrible overall; I just think there are better-suited options for the lineman position.

A lineman is the first one in line. To be good at their responsibilities on the field, they need accessories that protect them in battle.

After looking at this list of football cleats, the best ones to go with would be the Nike Vapor Untouchable Pro 3 cleats or the Under Armour UA Highlight cleats.

The Pro 3’s are a high-quality shoe made by the most popular brand for footwear. The Under Armour Highlight cleats contain all the essentials needed for a superior lineman cleat.

If you find cleats with a thick layer, ankle support, and exceptional interior comfort, you will be well off on the field.